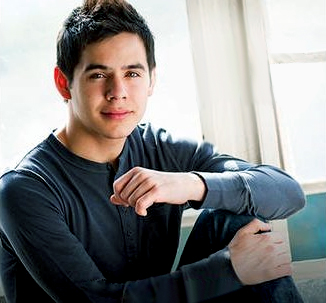 I guess my intense analytical blog post from yesterday affected my subconscious, as I had my 20th David Dream last night! A record!

And, yes, Toy Story 3 was stamped all over it.  I dreamed that David and I were in some kind of play room, where we each presented a box of our personal belongings to each other.

I forget most of the details, but I was giving David some books from my prized collection, while he was giving me some music CDs from his!  I can’t recall a single title from our things.

At the end of it all, David took my hands in his (big ol’ hands that they were, mine were dwarfed in his).  He then asked me to lift up his shirt! I was quite taken aback because we all know how modest David is.  When he saw that I was hesitating, he lifted up his shirt himself!

And what did he reveal?  Some exquisitely designed calligraphy emblazoned across his chest!

I was shocked because I didn’t picture David as the type of guy to have any kind of tattoo on his body.  I tried to make out what was written but couldn’t.

“I kinda figured it was,” I replied, “but which scripture, and which chapter and verse?”

And as David was about to tell me, I woke up.

My 20th David Dream, and this is the most intimate and vaguely sensual he’s ever been with me!

(You know this means I’ll be paying extra attention to his performance on A Capitol Fourth later tonight.  Happy July 4th everyone!)

AP Raw footage of David’s rehearsal of the national anthem:

Don’t forget (ha – as if any of us is going to!) to watch David sing the national anthem and “Stand by Me” on A Capitol Fourth, which airs on PBS stations, 8 pm EST.

Don’t worry! By the time the show is over, it will just get dark where you are, so you won’t have to miss your local fireworks show – and A Capitol Fourth is the perfect program to get you into the right patriotic mood!  Just think too: you get to be patriotic to THE VOICE! 😀