Man, his Voice is getting deeper!

The Results Are In!

So 24 hours later, after taking a few surveys on what Soul David Archies want for David’s immediate musical future, here is what voters had to say.

More than half of voters (54%) believe David’s biggest hurdle in his career is lack of promo, but there is still a significant number of voters (21%) who think he has no problems at all and that fans should just be patient.

Still, nearly 2/3 of voters (64%) favor David changing his label more than anything else he might decide to do in his immediate future, which just goes to show that many of you believe David’s main issues have to do with remaining on a label that doesn’t promote him (on the previous poll, 15% of you thought a major hurdle was his label’s lack of vision).

Of course, while the majority of you believe David needs to change labels, few could agree on which label he should switch to. In that particular poll, votes were all across the map, although 30% of voters favored David going the Columbia label route, which features a variety of artists – from Adele to Maxwell to Beyonce.  Still, 20% of you didn’t specify which major label David should switch to, as long as it was to another major label rather than to an indie label (I guess due to small labels having smaller budgets and less moolah for promo).  Perhaps this also has to do with most voters not quite having a preference but just wanting a change since the current label is unsatisfactory (at least to his fans if not to David).

So, there you have it.  Thanks for participating, everyone! 🙂

Thoughts on the Musical Future

While David heads to India and his fans contemplate the quiet in his wake, here are some new polls reflecting on our most recent conversations (I’m getting the hang of it!). I’m curious about where we stand as Archies and as a Soul David community. 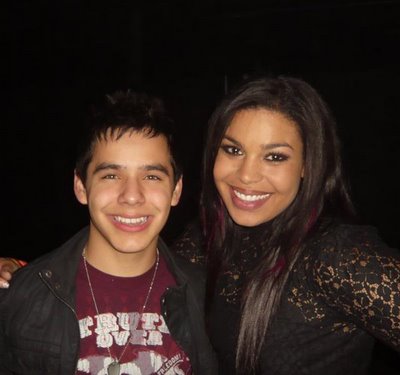 After watching yesterday’s American Idol, I made a snide comment in the previous thread about the show’s need to promote the Bieber in order to address what they hope would be the appeal of younger contestants and their own choice to lower the contestant age to 15 this year.  While I was reminded of the show’s incentive in doing so (e.g. Bieber’s label Island Def Jam is under the same umbrella as UMG; Idol needs the promo if they mention a popular contestant like the fetus), that certainly didn’t assuage my rage. (heh, is that a new catch term I just coined?)

Idol producers are so obtuse, they don’t even recognize when they’re taking the lead in terms of popular trends (nitwits!).  Let’s get real here.  If there had been no David Archuleta, there would be no Justin Bieber. (That’s right, I said it.)

Just like we could also argue that if there had been no Jordin Sparks, there would be no Taylor Swift.

Look at it this way.  While Disney obviously had their own models on how to market teeny boppers to a tween market (Miley Cyrus, the Jonas Brothers), which they did by first launching their pop stars via TV shows or movie musicals and then branching out into music, American Idol dared to put out underage music artists solely on the strength of their musicality and reality TV personas, artists who put our records and even had a few hits (Jordin’s “Tattoo,” “No Air,” and “Battlefield”; David’s “Crush”).  What American Idol did convincingly that Disney never could was showcase teens who could actually sing and have a real sense of music, as well as a real sense of everydayness.  And, unlike Disney, who never launched a male star without including him in a boy band (don’t forget Justin Timberlake moved from Mickey Mouse Club to ‘N Sync), Idol provided a model for the launching of a white male pop star sans band with David.

In other words, Idol gave the current music world a model of how to successfully launch a boy teen pop idol in the present day.  (Jive may have known how to “grow” Usher and Chris Brown into young adulthood stardom, but they certainly don’t have a cornerstone in creating the tween sensation, as they tried to do with David but with limited success.)

What Taylor Swift and Bieber’s labels did that Idol and their label cohorts did not do was work on the whole package of their artists (giving Taylor songwriting credentials to go with her All-American good looks, giving Bieber a “swagger coach”) rather than just putting their teens in the studio and quickly manufacturing soulless videos.  In short, Idol’s labels did nothing to fully work on the concepts of the Idol teens who came off the show.  They just worked on the short-term knowledge that their teens came with a tie-in fanbase from the show and sold a few albums and that’s that.  On to the next one.

So, if Idol wants to promote the fetus, they ought to because he wouldn’t be where he is if they didn’t show his label how to do it and then take it to the next level of worldwide domination (as well as borrowing a page from music history with the whole Usher mentor angle, the way Motown pretended Diana Ross discovered the Jackson 5).

But, for God’s sake, OWN Bieber’s freaking success! Don’t just name drop.  But to own that success, you first have to acknowledge your own teen Idol history because the real reason the show is lowering the age is because of the popularity of the David Archuletas and Jordin Sparks on the show! That popularity paved the way for the Taylor Swifts and Justin Biebers.

All Bieber’s success does is remind me of everything David’s label and management didn’t accomplish because they didn’t bother.  And for all the 15 year olds the show’s pushing through auditions, not one has the talent or the appeal of a David (or even a Jordin), and they will get eaten alive by the whole competition.  Not that Idol can successfully launch a teen star with any longevity anyway. Those 15 year olds might want to try another path to fame. Like maybe You Tube (heh).

Is There Still Comeback Potential for TOSOD?

My never-ending optimism for David Archuleta knows no bounds.  It was perhaps the airing of two songs from The Other Side of Down on New Year’s Eve that made me hope.

It made me think there might still be some life left in his sophomore album.  The positive reception from the crowds, the great TV spot, I was so sure that, with new management behind him and all, we’d see David getting another chance to get his latest music out there.

And while over at MJ’s, folks are wringing their hands over the low sales of both Lee DeWyze and Crystal Bowersox, last year’s Idol winner and runner-up respectively (even with the debut of a new season of Idol) I’m thinking: if Jive can’t even bother to promote the most current runner-up, I guess David can forget it!

So, does that mean I should forget it too? Is the dream for a comeback of TOSOD officially over?  Sigh…

I really thought, if promoted properly, it could be well received by the public.  But I guess no one cares to get it out there anymore.  Or should David just accept these hard knocks in the music biz and move “on to the next one,” as Jay-Z would say?

Posted in The Other Side of Down