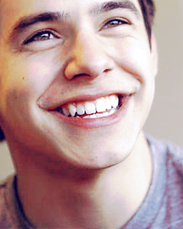 So, uh, any guesses which chipmunk David would most resemble? Chip?  Dale?  Alvin? Simon? Theodore? 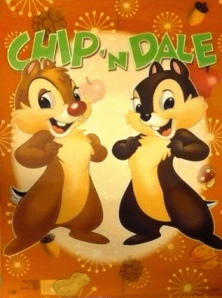 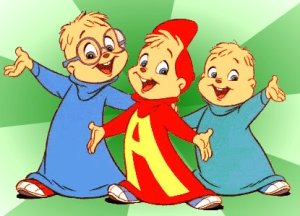 In other news, David joins Katy Perry in Manila for a fundraising concert to benefit victims of a recent typhoon.

Judging from the Song Snippets…

Which is to say: it’s really hard to judge song snippets!  But, from what I can tell, David sounds heavenly.  Nice and crisp and clear and smooth.  As he always does.

The trick, of course, is to support that Voice, a Voice that is minimalist in its approach, minimizing on excess but packing a punch with what it keeps.  I kind of expect the accompanying arrangement to complement this musical principle that David himself practices.  I do believe, from the samples, some songs do this more successfully than others.  Again, it’s hard to tell.  For all I know, there may be choral accompaniments in some of the songs, perhaps an a capella opening, bridge, or closing in others.  Obviously I’m expressing some of my hopes on some of the songs.  What I would give for an a capella opening on “Silent Night,” and a triumphal choir backing him up on “Joy to the World”  and “Angels, We Have Heard on High” (honestly, these are not soloist’s songs) and “O Come All Ye Faithful.”

The strongest samples, to me, are “O Holy Night” (how smart to not leak the crescendo on this carol, which I’m sure is guaranteed to deliver goosebumps everywhere) and “Riu Riu Chiu,” a lovely stripped down guitar accompaniment (with some strings and is that a harp I hear?) complements David’s Spanish enunciations effortlessly.  His duet with Charice sounds promising, but unfortunately, David’s voice isn’t showcased here all that much.  Still, the production on this sounds quite jazzy, as does the production on “I’ll Be Home for Christmas.” I’m digging the uptempo beat on “Pat-a-Pan” (a carol I absolutely hated since I only had Bing Crosby’s version to go by), and the slowed down mournful dirge of “What Child is This” is making me already melancholy for the holidays.  I have a feeling this is the one certain folks said would make us weep.  “Ave Maria” is simply stunning in its delivery just from the sample.

The weakest link?  The only original song, courtesy of Jeff & Co.  Of course, it’s too short to really judge this fairly.  For all I know, maybe David kills it on the bridge, but the refrain is a little too generic and – gasp! – cheesy.  In that Contemporary Christian music sort of way (not a fan of this genre in the way that I love gospel).  I know Christmas songs tend to have  a layer of Velveeta, but the production on this commits the one sin David has been quite adept at avoiding: EXCESS.  The backup vocals alone make me cringe (now, had they brought out the Choir here, I might be singing a different tune – pun intended).  I’ll have to hear this song in its entirety before I deliver my final verdict.  Still, I’m of the belief that an original Christmas song should be able to transcend the cheese.

If we were going to get an original, I would have loved a more soulful, catchy song – something akin to a Christmas-themed “Crush.”  Or, what about an original Christmas-themed love ballad?  Gee, all of a sudden, I wish David Foster had been called on board to “executive produce” this baby.  Oh well.

And I still want “Feliz Navidad” and “The Chestnut Song”! (that’s The Christmas Song for those not in the know).

Despite these shortcomings, it’s a very promising showcase from just the snippets.  At least we have only two weeks before hearing the full album! 🙂

What an event! David is growing up (his wisdom teeth have come out)!

So, speaking of “Love in any Language,” why was this never released as a single?  Here is David with Kendra, singing “To Be With You” (thanks, faithful readers, for this link!)

In other news, here are some Samples from the Christmas CD! (Thanks, Burkey!) 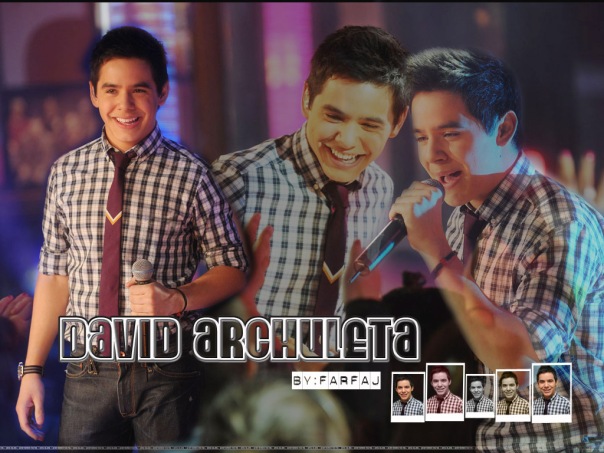 So, why in blazes is he complaining about his “farmer tan”?  I’m sure he looks hot, hot, hot in a deeper shade.

David, sweetie, learn to love yourself!