Because We Care What David Thinks!

Anyone else get a kick out of David’s tweets while he was watching the World Cup?

What a great game between Brazil and Chile. So intense. Congrats to Brazil, and thank you Chile for giving it all.

Oh man this is too intense. 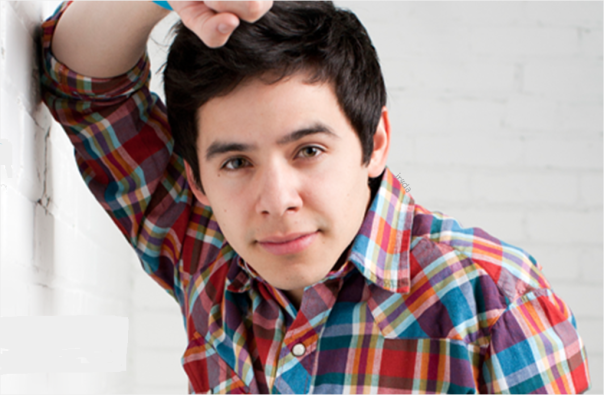 One can only dream! And I’m still dreaming, so about last night…

It looked like David was both host and part of a three-person judging panel, which included Paula Abdul and Syesha Mercado. (Go figure!)

Part of the show featured him and the judges scouting out new talent across the country; the other part featured a skit with him playing poker and keeping a “poker face” while he was skillfully shuffling cards. I don’t remember the outcome of that skit.

It’s all pretty sketchy this dream. I do remember him at one point giving a smooth, soulful rendition of Bill Withers’ “Ain’t No Sunshine”:

Can’t you just imagine the Voice on this song? Sigh. Talk about “Soul David”! Gosh, my wishful thinking was really coming to the surface of my subconscious!

At some point, I woke up.

Still grateful to David for introducing me to the later work of Michael Jackson, including this gem:

On another note, I have been wondering when David will get back to expressing his love for music. It was in that love that he shared on his blog this appreciation for Michael Jackson.

I mean, that Voice is still there and is still capable of moving me unspeakably.

Still, with his religious lens, which has immersed him on his two-year mission and which still seems to shape his worldview, it does feel a bit like music has taken a backseat to his first love of religion.

A different outlook, it seems to me, because prior to this, his love of music and his love of God had seemed more intertwined.

As of this moment, I realize that I’m just respectful. I love, love, loooove the Voice, and I am intrigued by David, who is such an enigma to me. And not because he’s of this mysterious religious faith called LDS. But because he’s so unique as a young guy expressing so publicly his need and his desire to be godly, to be righteous. It’s so different.

And no, I don’t tie it to the LDS faith. Having seen some of the snarkier comments, not only of fellow LDS members David’s own age but of even his fellow LDS Missionaries, I think David is unique even in their midst.

I also get why some folks – and it won’t be just non-LDS folks either – will begin distancing themselves from him. The last poll I took showed a slight majority of fans who think extreme religious devotion will drive more audiences away than “bad boy” behavior.

I have a theory about this. With “bad boy” behavior, there is always a path to redemption, always the option to get back on the straight and narrow. With righteous folk, there is always a “holier than thou” aura about them that makes them seem less relatable.

I want David to allow for his imperfections and to allow that he’s still in a “good place,” even when he “sins.” Perfectionism can cause some serious self-punishing thoughts and behavior, and I hope he doesn’t entertain that worldview.

Not only that, but religious institutions can really stifle and limit one’s spiritual liberation. Since I’m honoring Michael Jackson on the fifth anniversary of his passing, I think it’s worth noting that MJ was always a devout person, even when he was making disco and funk music at a time when 70s disco and the whole free-dealing, swinging, and casual sex lifestyle associated with it circled around him. Somehow MJ kept above the fray, just as I’m sure David would have kept above the fray.

I had gotten that impression very early, sometime when he appeared on Idol Extra, and one of the Idols Michael Rogers (was that his name?) had said: “I cannot wait to get Archie on the road!” The Idol Extra host interpreted that as Michael wanting to “corrupt” David, and David immediately said, “No, that isn’t going to happen.”

David is not corruptible – no matter how innocent he comes off, he is not naïve, and he is working hard at being righteous – even if others around him (*cough* MIC *cough*) fall from grace.

At the same time, one’s religion can get in the way of one’s creative process. MJ eventually left the Jehovah’s Witness faith sometime after his church made a big issue of his use of the “Occult” in his widely popular “Thriller” music video. MJ had to put out disclaimers and I believe he even had to apologize to his religious community.

Perhaps MJ’s big ego – which would come no matter what, considering his world star status – made him flee his religious community, but how much of that is also due to their attempts at stifling his musical creativity?

If there is anything that concerns me with David’s religious devotion is not that he will eventually cause offense to his faith community with his musical creativity but that he will instead stifle his own creative growth because of it. A list of “Dos” and “Don’ts” might prevent him from pushing himself beyond certain borders, restrictions, and boundaries. The great artists have often done this, and David has it in himself to do this.

I know nothing about the Book of Mormons, but in the traditional Protestant Bible used in most Protestant churches, the most celebrated biblical heroes and heroines were those people who pushed against the boundaries, even sinned on a regular basis, and had a longer-term vision. And they were blessed by God. Jacob, Tamar, Ruth, David, Solomon. Those are what our artists and folk heroes have often taught us, and they never let institutions – religious or secular – get in their way.

I love that David digs deep and really tries to “listen” to that higher calling. And I will also hope that internal Voice speaks louder than institutional voices surrounding him. This always seems to make the Voice sound much more divine in song.

Will you be tuning in? 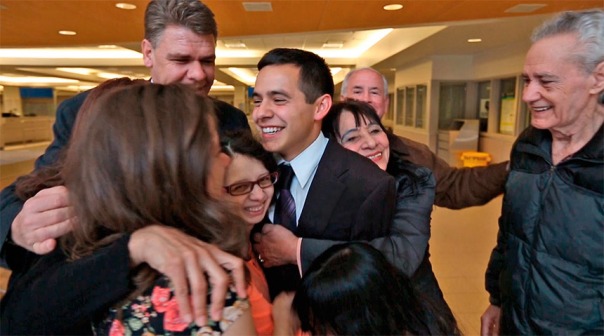 Is David (in the right hand corner) shirtless or not? 😛 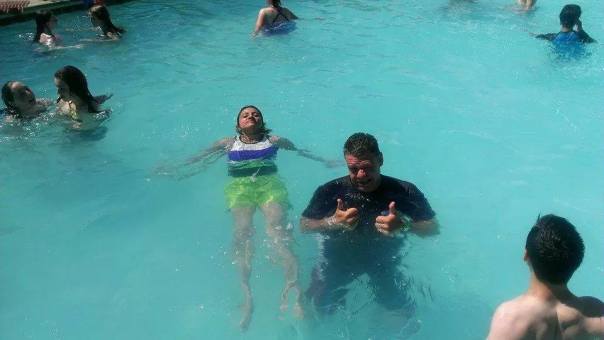