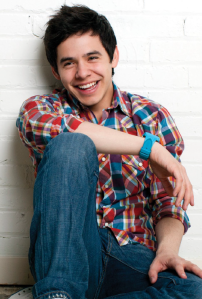 I’m still in a bit of awe that it’s already 2014, which had seem such a long way off two years ago when we had prepared for David’s inevitable departure on his mission to Chile.

I guess that’s how quickly time flies because, though I don’t always have the time like I used to devote to this blog, I kept the site open and kept a virtual vigil going on, and I do appreciate that others of you joined me in the long wait (even if that often meant ongoing drama and disagreements).

I do wonder, however, now that quite a few of you decided to join in this “wait,” what are we waiting for?

I’ve been asking myself that many times over the two years of David’s absence from the music scene. The die-hard fan in me still clings to the stubborn hope that, when all stars align, David will get his chance in the spotlight and when he brings his A game: World, watch out!

The other, more realistic side of me keeps thinking of the declining music business, which has relied on everything but the music to keep their industry alive. In such a milieu, David’s talent alone is simply not enough, and if he doesn’t have the drive, ego, and cut-throat ambition to rise to the top, he may very well just have a “local career in Utah,” as some of you surmised (and even then, probably only a local career among a small community).

But, is that really what we’re waiting for? Don’t we secretly cling to the hope that he’ll be more than local? Maybe not a household name, but maybe something more?

And if that doesn’t happen, will you feel like you wasted your time?

So, here’s my latest poll, just to get a sense of what we’re all thinking. What say you, Soul Davidians?