When an Artist Blows My Image of Him

Have you ever thought what would be the deal breaker for you if David ever blew your image of him?

I ask because I’m currently dealing with this particular scenario, involving another artist.

I’m talking about John Legend, a soulful R&B singer (the type who usually sings under the radar – someone who won’t get as much attention as the Ne-Yos and Chris Browns and Bruno Mars but is nonetheless doing his thing, coming up with some really amazing songs).

John Legend, who gave us such simple love songs like “Ordinary People” (my all time favorite from him and, yes, I’d love, love, love to hear David cover this!):

John Legend, who gave us this inspiration song, featured on the “Waiting for Superman” documentary film soundtrack, in an effort to support equal education for our children (another song I’d like David to cover):

So, the latest John Legend song, “Tonight (Best You Ever Had),” was featured in the movie Think Like a Man, and as soon as I heard it in the movie, I went to hunt down the song, which I was absolutely loving, and tracked down the music. 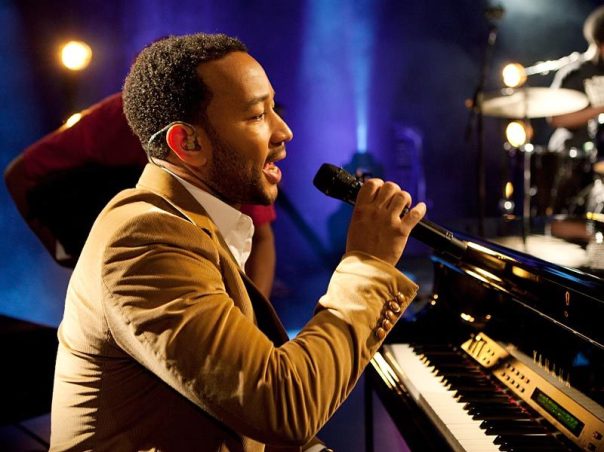 Here is the thing, dear readers.  The version I heard didn’t have Ludacris’s rap bridge (why oh why does every new music have to have hip-hop? It totally takes the romance out of a romantic song!). And the most crushing part for me: the version I heard did not feature John Legend – decent, soulful, cute and musical – dropping the F bomb.

For my efforts in hunting and buying a download, I am now stuck with a song that, in my mind, is tainted.

Maybe I haven’t been following the artist through all his different albums, but the last thing I expected is for John Legend to give us a smooth, romantic R&B song with some cussing in it.

Yes, readers: my mind is blown!!

And apparently, I’m not the only one, as some You Tuber commenters also asked the question: “Did I just hear John Legend curse?”

Why, why, why? This song was good on its own merit! Yes, the song really is nothing but a bragging sex song, but still: the old R&B crooners used to know how to do these things in some good old-fashioned baby-making songs without throwing the F-word around.  Last time I listened, I didn’t hear Marvin Gaye cussing in his seductive Sexual Healing.  Why oh why is my song tainted, and tainted by someone whom I least expected to?

This is not the same as watching an artist evolve into a different style or even to mature or alter his image by showing a different side of his personality. This feels like someone really stepping out of a particular image.  There are your bad boys – the Eminems, the Lil Waynes – you know, the kind you expect to be dropping F-bombs, and then there are your “good guys” who you expect to keep it respectful.

So, I was thinking, SDers, what would you least expect David to do? What would truly blow your mind of him if he ever did something contrary to the image you have of him?