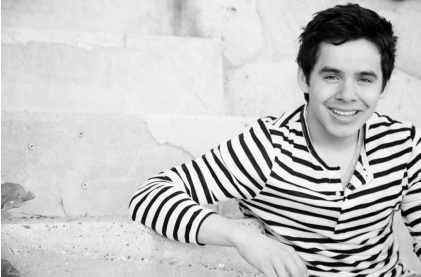 It’s fascinating to me that David would define himself as a “soul singer” and that this label would mean “singing deeply with feeling,” or as he once said on Idol, “like you really mean it.”  Which is a clever way of saying, “No, I’m not a pop singer.”

In many ways, when we consider the success of Adele’s 21 album, that’s the kind of “soul singing” David should be doing.  That, plus the nice matchup with a producer like Rick Rubin, who seems to be the “It” producer at present, aiming for the Grammy Award for Album of the Year with 21, putting out a new album from Red Hot Chili Pepper next month (can’t wait!), and attributed with the hot-selling success of Adele, who got introduced to him by the Dixie Chicks, the country group who told Rick about this great new singer from the UK.  And the rest, as they say, is history.

Now that David knows that he is a “soul singer,” and is willing to embrace it, wouldn’t it be the coolest if someone hooked him up with Rubin, who could help him craft an Adele-like 21?  I imagine it would help if he were, you know, attached to a label, like Adele’s Columbia.  All in good time, I guess (and until David’s management at present has these connections, I’ll remain skeptical about their prospects in advancing David’s career).

What’s important to me, at this juncture, is that David is willing to explore this aspect of his vocality, and I sure hope he gets enough chances to do so.  Of course, the thing I’ve always been curious about is how this vocal genius, the kind who got to chit chat on the phone with a legend like MJ of all peeps, would detour from his core “Soul Man from Utah” persona crafted from his Star Search days when he appeared on Idol and during his time at Jive.

When you consider, for instance, that, had he had the kind of trajectory where he followed his “Shop Around” performance during Top 24 week with a Stevie Wonder song, say something like “Knocks Me Off My Feet,” during the ’70s theme of Top 20 week (when he unleashed John Lennon’s “Imagine” on us – which in all honesty should have been revealed to us during the Top 12 Beatles week so he didn’t peak too early), no one would have thought it was incongruous when he performed Chris Brown’s “With You” during Top 3 week.  I once read that David was encouraged to “tone down” his soulful R&B persona on Idol (in God’s name, Why???) so that he would get further ahead.

I imagine, had he crafted his “soul singer” persona during those competitive days, Jive might have ventured outside the tiny box they put him in and cultivate a younger Justin Timberlake type career.

I take heart that David sees Michael Jackson as a role model to look up to; let’s hope he finds the right producer, as MJ did, to unleash the “soul singer” we all know David to be.  Maybe it will be a Rick Rubin or someone close.  All I know is, I’d love to hear the Voice put out something like Adele’s “Turning Tables,” because, IMHO, David’s got more “soul” than even she does, and she’s got enough, mind you.  David may not have the “bluesy” vocals that she does, but when you listen to David do something like this:

There is hands down no comparison! And keep in mind that this song ain’t even bluesy or soul, just straight pop like it’s intended. That’s just what the Voice did with it.

Somebody, please give David some amazing songs to work with, if not some amazing covers. I want to cry, weep, melt, swoon, get hot and bothered (especially when he himself is hot and bothered and steamy, and well endowed – yeah I noticed, but I digress) when I listen to the Voice. It’s not hard on popish songs. What then when the songs are tailor made for his “soul singing” self?