Sorting through Rumors: Or, the Value of a Publicist 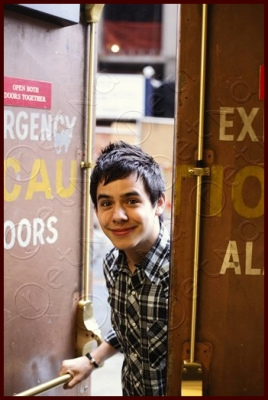 I’ve been trying to put my finger on it.  This year has been a bit of a head-scratcher when it comes to anticipating David’s appearances.  Last year, we seemed to know beyond a shadow of a doubt when and where David was going to show up on our TV and which city and venue he would show up next.  Maybe that’s the value of Azoff managing your appearances (or was David still under 19M this time last year?).

Now, we’ve got Twitter, a locally thinking Utah team, an unreliable “official” website, and an artist who’s still on the shy side of self-promotion contributing to rumors and unconfirmed facts about when and where we can find David.  What gives?

On the one hand, I’m jumping up and down at the prospect of David appearing on the Today Show on December 21.  On the other hand, I’m scratching my head because this appearance occurs after his Christmas solo tour.  On the one hand, I’m giddy about David making another appearance at the Macy’s Thanksgiving Parade.  On the other hand, I’m speculating with my Soul David readers on the reliability of this rumor since we have not yet confirmed if the source behind this report is reliable or not.

On the one hand, I’m ecstatic at the prospect of David appearing at the Christmas Tree Lighting ceremony in Washington, D.C. (I’m assuming the White House one).  On the other hand, I’ve yet to hear any more about this.  What is going on?

Will David be on my tele or not?  Will his team promote the heck out of Christmas from the Heart or not?  Why was his promotion so much more reliable last year than it is this year? Have they run out of promo money?  How much should fans spread the word, and how much is the job of a good publicist?

Better yet, can we please get some good reliable “facts” vs. “rumors” that we fans can spread the word on?