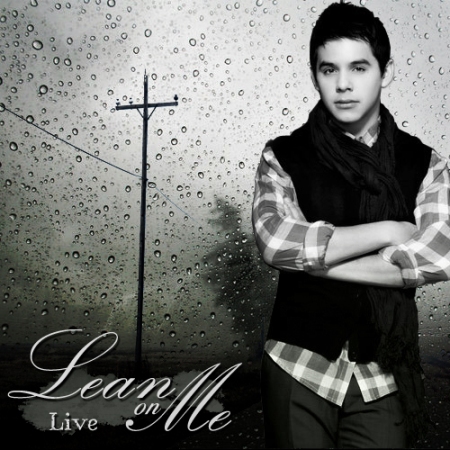 I must admit, since my ODD diagnosis, I have a hard time reading any American Idol news except through the lens of a David-Archuleta-centric worldview.  So, it is in this vein that I have titled this post, “Apres moi le deluge,” a reference to King Louis XIV, the despotic French king, who famously predicted the French Revolution that would soon follow his oppressive reign.  So egocentric was he that he couldn’t imagine France as a stable nation after his death.

Now, of course our David is nothing like King Louis XIV, and yet, I cannot help but feel David’s presence on American Idol has changed the show irrevocably, so much so that – after American Idol became the David Archuleta Show season 7 –  the show’s producers have been tying themselves in knots trying to change the format of the show.  Yep, looks like the flood rains came once David’s season was over.

It’s interesting, for example, that even before Season 7 began, the show already bragged that this particular season would be the “most talented AI season ever.”  And I happen to agree with them; apart from David, the Top 10 proved to be a solid bunch all around (well, if we don’t count Ramiele or Kristy Lee Cook, and even then, they were okay and, in previous seasons, most of the Top 10 finalists were on their level of talent).  Chikize, Syesha, Brooke, Jason, Michael Johns, Carly, David Cook, and David A were all extraordinarily talented in their own styles.  This Top 10 was also the most diverse group – representing different music genres, different races and ethnicities, even different nationalities.  While I’ve had my favorites in previous seasons, Season 7 offered the strongest talent in just one season.  Sounds good, right?

Except something peculiar happened: David became the runaway favorite quite early.  Which, to me, suggested that, in a pool of already strong contestants, David proved he had that extra oomph from the word Go.  But something else even more drastic happened.  The show’s ratings started slipping.  However, I attribute that to two things: 1) it’s inevitable that a show, going into its 7th season, would start losing its freshness, which in turn causes audiences to get bored and turn to something else to watch and 2) there was an historic Presidential Election going on simultaneously.  It really is that simple.  Yet, after finding “the most talented season ever!” (and I’ll agree that it was), and adding trite silliness to the results shows (who could ever forget that pain-inducing callers’ Q&A, where they let through the dumbest callers ever to ask the dumbest questions ever?), these slipped ratings caused the producers to panic.  Simon Cowell started going on other shows complaining about how this “most talented group” was a boring group with “no personality.” This charge was particularly leveled at David.

So, now that David brought the house down twice his season – first time with “Imagine,” second time at the Nokia Theater during the finale – I find it fascinating that the producers decided, after such a successful season showcasing extraordinary talent which also proved to be extraordinarily popular, that the show needed to be ruined changed.  First, Nigel Lythgoe left the show.  Next, they added a fourth judge who brought nothing interesting to the show – neither perspective wise or personality wise.  Then, they blatantly showed their hand by playing favorites.  Yes, they’ve done this in the past, but they’ve gotten clumsy in their showcasing of the man behind the curtain.

And now that we are entering the 9th season, a principal judge, Paula Abdul, resigns, and in this shake-up, they’re bringing in a popular personality to generate buzz.  In short, who cares about a new crop of contestants?  The point is the judges’ panel!

All this sounds like post-traumatic stress disorder to me.  They’re still distressed that an unassuming 17 year old with no pretensions and a Voice of magic graced their stage, changed the game, and in the process, exposed them for the fabricated pretentious setup that they really are.  Tell me that these twists and turns are not all designed to distract audiences from ever paying attention to real talent again.  Or, better yet, to shove certain contestants down our throats so as to yield the contestant they want to crown.

I’m admittedly biased and am apt to view David at the center of all these changes on the show. But, whether I’m misreading the situation or not, I do think it is safe to say: “After David comes the floods.”

Interesting David is headed to New York today on this 8-year anniversary.